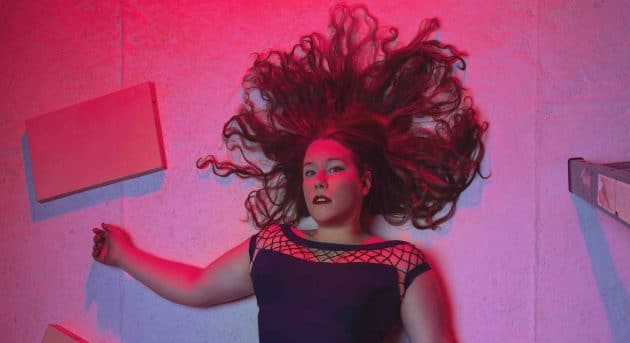 The World’s Wife is a chamber opera for singer and string quartet by British composer Tom Green. The libretto is by poet Carol Ann Duffy. Ragazze Quartet will share the stage with transgender opera singer Lucia Lucas, directed by Jorinde Keesmaat.

The World’s Wife is a collection of poems by Carol Ann Duffy and reflects on stories, historical events and myths about famous men, told by the women behind these men. Tom Green used several of these poems to write a chamber opera for soprano, string quartet looping station. To respond to the subject matter (how women have been written out of our shared historical and cultural narratives), Green wrote all the music using material from past female composers who I think are unduly ignored, for instance Clara Schumann, Barbara Strozzi etc.

The opera is scored for soprano and quartet and has eleven characters, all spouses of famous characters from history and myth. This goes from the hilarious Frau Freud to the very dark Queen Herod. Because Green wanted the characters to be in a kind of dialogue, all the performers use loops that they operate themselves. This lets the soprano record herself in one character, and then bring that back at some point later when she’s a different character, allowing her to make duets and trios of characters. It also means some really cool quartet textures where you might have about 32 string instruments colliding.

The World’s Wife premiered in the UK in a somewhat theatrical performance. Together with Dutch opera director Jorinde Keesmaat (ao Fantastic Women and Anais Nin), the Ragazze Quartet wants to bring a fully staged version of the opera. Keesmaat is intrigued by the man-woman ratio: if the woman is singing, is it her who the audience hears, or is it actually the man speaking through the woman? This tension is increased by letting the part be sung by transgender opera singer Lucia Lucas.

This rising star with ‘one of the most powerful and beautiful baritone voices you could hear’ also has a strong header voice and is therefore able to embody all the characters. Green is willing to adapt the score for this. Also there will be looked into adding a few contemporary characters, like for instance a Melania Trump or the spouse of Harbey Weinstein.

Keesmaat wants to stage it as an installation, a black box with the audience around the performers. The eleven characters will be played by all 5 players.

What you see festival

We use cookies on our website to give you the most relevant experience by remembering your preferences and repeat visits. By clicking “Accept All”, you consent to the use of ALL the cookies. However, you may visit "Cookie Settings" to provide a controlled consent.
Cookie SettingsAccept All
Manage consent